Ken was born and raised near Detroit Lakes, MN. He joined the Navy after high school and was stationed in Long Beach, California on an aircraft carrier. Following the Navy, he attended college in Long Beach and graduated in 1974 with a B.S. In Physical Therapy. Ken practiced Therapy in several locations including California, Hawaii and Minnesota. He has always had an interest in the 'arts' and enjoyed making stained glass, photography and pottery. He is self-taught in pottery after taking one class many years ago. Until recently, pottery has been a part-time obsession, but since retiring, he has set up a studio in Felton, Minnesota and has been able to spend much more time on his passion.

He utilizes throwing and hand-building as the primary forming methods, often combining the two forms into his art pieces. He fires in an electric kiln in his studio to cone 6. He also fires two times a year in a wood kiln at Black Bear Pottery near Garrison, Minnesota and utilizes a small gas kiln for special projects like raku or reduction firings. 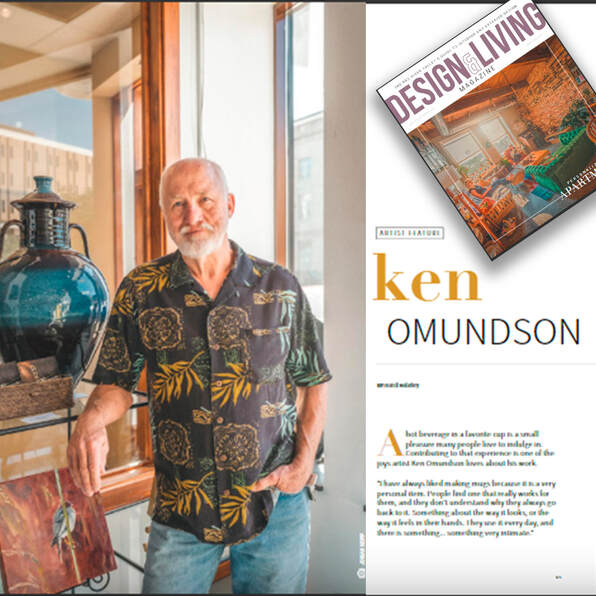 From Design and Living Magazine:
A hot beverage in a favorite cup is a small pleasure many people love to indulge in. Contributing to that experience is one of the joys artist Ken Omundson loves about his work

READ MORE of the article from Design and Living Magazine.